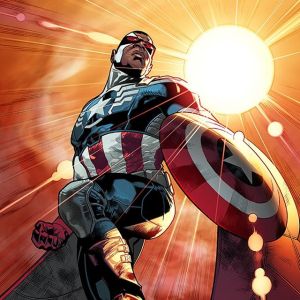 As if Marvel hasn’t made waves in mainstream news already with the announcement of a female Thor, they continue to make news with the new Avengers lineup coming this fall.

A new Avengers title, Avengers NOW! brings us a reformed Avengers. Iron Man, Captain America, and Thor will be given new number ones. Avengers NOW! will also put a heavy focus on Deathlok and the Winter Soldier. Iron Man will be getting a new suit and moving to San Francisco in Superior Iron Man #1.

The Falcon (Sam Wilson) will be taking over the title of Captain America, replacing Steve Rogers who has recently had all the Super Soldier Serum removed from his body. All-New Captain America will be written by Rick Remender with art by Stuart Immonen.

More details and announcements on the new Avengers will be made at San Diego Comic Con at the end of the month. What do you hope will be announced? Let me know in the comments below.