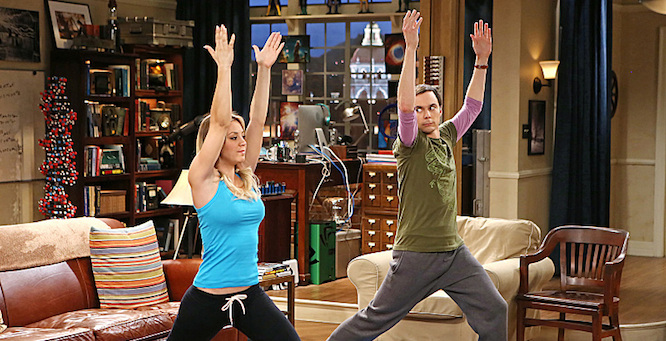 I’ve been a fan of Big Bang Theory for a long time, even back when I was a GameStop employee and had to watch the same scene play on the store TV in an endless loop for a month at a time. My favorite things about the show are the nerdy references, like when the guys go to the comic book store or they bring home geeky things to decorate their apartments. My favorite scenes have always been when the four guys have theme nights like Halo night and Klingon Boggle.

Big Bang Theory has become predictable to me for the past year and without geek and pop culture references, I really can’t relate to anyone on this show. With all that said, I really appreciated what the writers did with Big Bang Theory these past two weeks. In episode 12, Penny gets a small role on NCIS where she plays a diner waitress and gets to say a few lines to Mark Harmon. She believes that this part is really going to launch her career as an actress. Leonard and everyone else is really proud of her and they all gather around to watch the show. The sad part is, Penny’s scene gets cut and she’s humiliated in front of her friends and family. This scene really hit me in the feels, as I have faced major career setbacks. In fact, I have a degree for a career that I never even got started in at all.

For the first time since this show has aired, I finally was able to relate to a character and of all of them it had to be Penny. I was really impressed with how realistically Kaley Cuoco acted in this scene because you saw Penny at rock bottom, not acting all cute and flirty. I’m sure we’ve all been there, where we’ve realized our lives our nothing like we wanted them to be. So, if you’ve gotten bored of Big Bang Theory and stopped watching it, episode 12 is a great time to get back on the wagon. 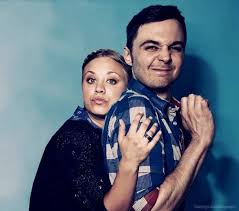 It only gets better with episode 13. Episode 12 was very dramatic by Big Bang Theory standards with almost no comic relief. In episode 13, Penny has had some time to re-think her life and career and decides to quit the Cheesecake Factory to put all her focus on her acting career. We see a lot of back and forth struggle between Leonard and Penny. Leonard thinks she should keep her job as a waitress for backup and Penny takes Leonard’s opinion as being unsupportive.

One scene in this episode that really did it for me was the car ride with Penny and Sheldon. Penny asks if he agrees with Leonard that it was stupid to quit her job to pursue acting. Sheldon responds with, “He’s not like us, Penny. We’re dreamers.” He goes on to tell her that if she has a goal, then she needs to put forth 100% of her focus on achieving it. I thought this was great advice that I personally took to heart, and it was surprising that Sheldon would draw comparisons between his life and Penny’s like that. In the end, Leonard pledges his full support to Penny and we find out that Sheldon assumes if Penny and Leonard get married, that they will be getting a house big enough for all three to live in.

I’ve greatly enjoyed the past two episodes of Big Bang Theory, partly because of Penny’s character development and partly because in all these years this is the first character arc the show has done. This is really the first time anyone on the show has had a real life problem that couldn’t be solved before the commercial break – with a laugh track.